Snapped this picture on top of Signal Mountain. Looks like a place that would serve a dinner of fried chicken, mashed potatoes, and green beans rather than wonton soup and Peking duck. 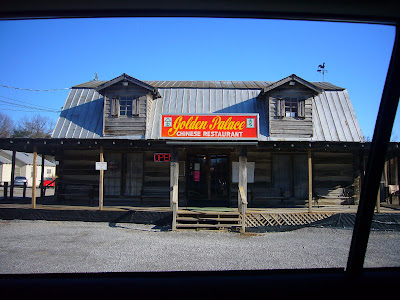 It seems odd to be writing about my Florida Christmas vacation when its March 1st, but my last Florida post didn't include my day trip to the lush Bok Tower Gardens and Spook Hill. 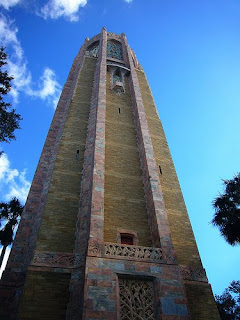 Bok Tower was built in 1927 after Pulitzer Prize winning author Edward Bok commissioned the gardens and tower on top of "Iron Mountain", the highest point in Florida at only 298 feet above sea level (my grandfather jokes that he'll run to Bok Tower in case the sea levels begin to quickly rise). The Tower contains a carillion that is still played today during daily performances.

As a kid, my parents and grandparents would take my brother and I to Bok Tower to walk around the gardens and feed the dozens of domicile squirrels that scampered along the grounds. I remember my parents buying a bag of peanuts and using them to trick squirrels into climbing up my legs. I was a kid so I didn't think twice about their potential to bite me despite the warnings from elderly onlookers. (I never did get bit, by the way)

Now, as a newly married adult, I decided to return to Bok Tower with my husband, mom, cousins, and Grandfather one balmy December day. I watched as my mom attempted to feed the swans and they bit at her feet in return. I basked in the warmth of the sun and the cool breeze. I watched my husband take photos of the lush, scenic landscape. I truly felt at peace. 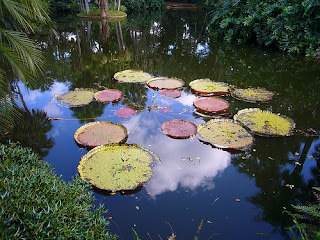 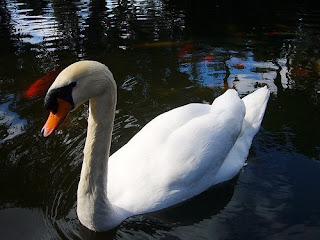 On the way back from Bok Tower, we decided to stop at an odd roadside attraction known as Spook Hill. Supposedly you can put your car in neutral at the base of a hill, and it feels like you're moving upwards rather than backwards. It worked as a kid, but as an adult I didn't buy it. A group of motorcyclists stopped to experience Spook Hill, but the looks on their faces told me they didn't buy it either. Needless to say, I did not get my thrill on Spook Hill.
Posted by Jessica Wilson at 4:55 PM 2 comments: