Lynchburg, Home of the Funky Lemonade

The small town of Lynchburg, TN has a pretty famous name. There's the famous Lynchburg Lemonade, a drink you certainly wouldn't want to serve to your kids.  Lynchburg is also home to the famous Miss Mary Bobo's Boarding House where you can partake in a family-style Southern meal.  But what really makes Lynchburg famous is it's home to the world famous Jack Daniel's Distillery.   The Jack Daniel's Distillery tour is a must visit even if you don't enjoy a drink now and then, but fair warning - the smell of distilling whiskey is, quite simply, pungent.


The old meets the new at Jack Daniel’s where you'll find the oldest registered distillery in the US with modern, state-of-the-art control rooms monitoring every aspect of the distilling process.  Your tour starts off with a short film about the history of the distillery and is followed up by a nice meandering tour through the hollow Jack Daniel's is nestled in.   It is amazing to think that every drop of whiskey the company sells is made right here. 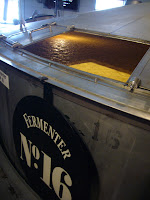 There are buildings and pipes everywhere, and the usually-humorous tour guides fill you in what role each of them plays in making the famous whiskey.   The smells really kick in to high gear when you step inside the Sour Mash building.  Here you'll witness the stage called sour mash up close and personal. All of the water used in the distilling process is obtained from a nearby cave, and there are dozens of barrel houses all over the hillsides housing the aging whiskey. 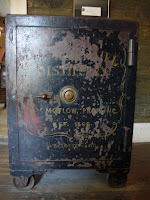 The tour also includes a visit to the infamous safe.  The way in which Jack Daniel died should have been more dramatic.  I always imagined it was in a hail of gunfire as he was escaping the police as he ran illegal whiskey to the thirsty masses.  Or that his death involved a particularly intense, and lengthy, bear fight.  In the end the bear won, but he did not leave with all of his limbs intact.  In reality, Jack died by kicking his safe and the ensuing infection led to his death. Actually, this is kind of a manly way to go - taking your anger out on an inanimate object and not heading to the doctor when the pain gets intense.  Jack reportedly uttered, "One last drink, please" before kicking it.  Now that's exactly what I imagined he'd say.  You get to see the safe close-up on the tour.

At the end of the tour there's a chance to buy special editions of the various Jack Daniel's brands.  Sadly, due to the fact that this distillery is located in a dry county, there are no free samples.  But there's plenty of delicious lemonade (though sadly of the non-alcoholic variety as well).
For more information about the Jack Daniels Distillery and Lynchburg, check out their official website where you can lie about your age to gain access to the site.