I love ghost towns and abandoned places. It's easy to find these places out west, where once thriving mining towns went bust. In the southeastern United States ghost towns are a little bit harder to find. What's easier to find here are a number of small towns with downtown business districts that have dried up over the years. This will be the first of a series of posts about some of those places.


An hour or so east of Nashville, TN on Interstate 40 you'll hit Exit 268 for Highway 96. This exit is best known as the way to go to Center Hill Lake. But here you'll also find Buffalo Valley, a small unincorporated community in Putnam County. There is very little information about this town on the internet. You'll actually find more about another community in Tennessee with the same name.


When you take Highway 96 towards Center Hill Lake, turn left on to Buffalo Valley Road for a couple of abandoned buildings. This is the "heart" of Buffalo Valley. There is still a post office here today, but there are a couple of abandoned buildings sitting here empty, slowly falling apart as time goes on. Both appear to have been some sort of businesses in the past. 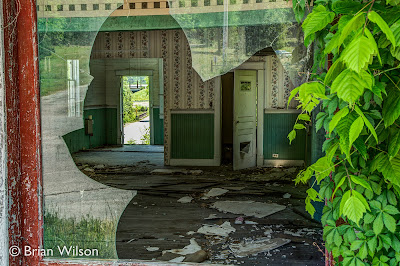 Adams is pretty famous for small towns in Tennessee. It was once home to the Bell Family who owned a farm in the area. A certain witch was known to haunt here and she terrorized the Bell Family. Andrew Jackson supposedly had an encounter with her as well (though many historians believe this story to be false, as you can imagine). On the property is a cave known today as The Bell Witch Cave which is open for tours. Adams is also located along the Red River and several outfitters rent canoes and kayaks. 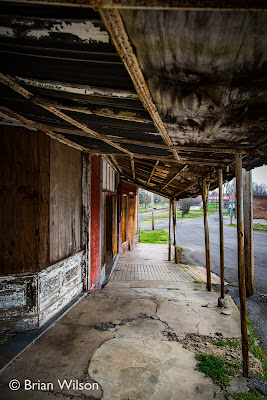 Adams once had a traditional downtown with buildings lining a street, but today it's almost entirely abandoned. There is one intact section of standing buildings (as you can see in the picture above). Here you will also find the remains of sidewalks and some concrete foundations of buildings long since torn down. You will also find a lot filled with satellite dishes. I have no idea why they are there. There is also an interesting looking old church across the street. 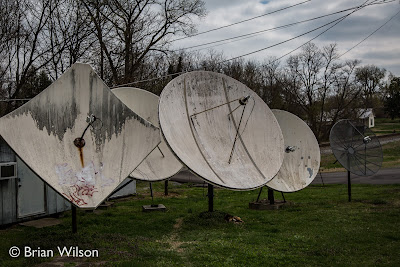 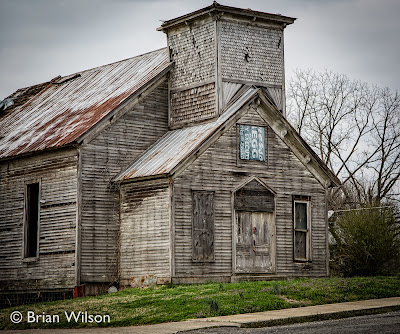 Adams is a prime example of a fairly common site in the United States - a small town whose downtown has dried up.  The town continues on thanks in part to tourism from the Bell Witch Cave and Red River. There is also Port Royal State Park nearby.

In the next few weeks there'll be more posts about abandoned places.  Stay tuned.