Near Chattanooga, TN you will find Raccoon Mountain.  The mountain is part of the Tennessee River Canyon and it got its name from a mysterious raccoon infestation that occurred in the early 17th Century... or not. The area is home to a tourist attraction that features a cave, gem mining AND a go-cart track!  But, what makes Raccoon Mountain truly special is the large manmade reservoir found on top.  It seems pretty bizarre to find a lake of this size constructed on top of a high plateau like this.  But there's a reason.


The mountain itself is hollowed out and is home to the Raccoon Mountain Pumped-Storage Plant. Water is pumped from the Tennessee River up through the mountain and in to the lake on top. When energy is needed, water is released back down through the mountain, passing through giant turbines which generate electricity.  It's a pretty ingenious operation that the raccoons had nothing to do with.


You can take the drive up the mountain and tour the visitor's center on top for free.  But there are no longer any tours down in to the plant deep inside the mountain.  At one point (pre-9/11) you could take the long elevator ride down and take a tour, but today you're limited to just the area on top.  You can also take a drive around the lake and see just how massive it is. 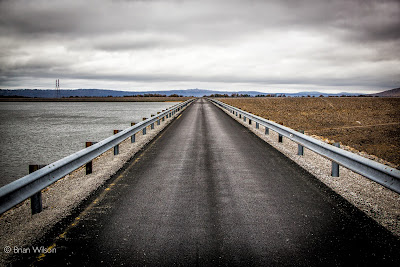 There are also some trails to hike and mountain bike, including one that leads to a nice view. There's also a baseball diamond just in case you get a hankering for hitting some balls while touring the area, though I'm sure it's mainly used by the TVA staff.

As you can see from the picture, the views are spectacular from Raccoon Mountain and the river canyon is impressive.  The canyon itself is 26 miles long and it is, without a doubt, underrated as far as canyons go.  You can imagine if this canyon didn't have trees it would fit right at home with the ones found in Utah and Arizona.

Back in the river boat days there was an obstruction along the river called the Suck that made navigating almost impossible.  It was such a famous, or more appropriately, notorious stretch of river that even Thomas Jefferson reportedly knew of it's existence. Rumor has it that once he heard the news, he rubbed his chin and thought "that sounds awful" and went on inventing new things (wait, which one of the Founding Father's invented things?).

You can read a bit more about the canyon on this little informative site called Wikipedia. More information about the mountain and pump station can be found here.

P.S. - we're going to let the fact this is the first post in years just slip right by with only a PS.
Posted by Brian Wilson at 4:41 PM