On the edge of Lookout Mountain in North Georgia (not too far from Chattanooga, TN) you will find Lula Lake, a privately owned preserve home to Rock Creek and the surrounding wilderness. Here Rock Creek begins its descent to the valley below.  Along the way it falls in to Lula Lake and then over the very nice Lula Falls.


There are several miles of trails and nice views of Lookout Valley below.  Seeing this land is a little tricky.  It's only opened the first and last Saturdays of the month but it is free (and they do accept donations). We recommend going early to avoid the inevitable crowds that will show up as the day goes on.


There are plenty of trails to experience here and when you get your fill of walking along the creek, seeing the lake and the falls, you can head towards the edge of the mountain for some great views. 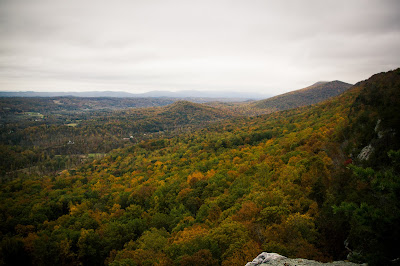 There are several other intriguing aspects to Lula Lake.  The Chickamauga and Durham Railroad ran from the top of Lookout Mountain down to Lookout Valley through the Rock Creek Gorge. The rail line serviced a mining town that once existed on top of Lookout Mountain. Having driven (and ridden my bike) up several of the ascents of Lookout Mountain, you have to imagine this was one steep railroad.  But thanks to Rock Creek's natural erosion over the years, it was probably one of the least steep approaches a railroad could take. Today, the old rail line has been converted to one of the park's trails.

The other intriguing story surrounding Lula Lake is probably the most interesting - the Lula Lake Murders. The story goes that in the late 1960s, a local man (who happened to be married with three kids) would head over to the park at night to "hunt" couples. He would dress in camouflage so as to not be seen. Initially he would only spy on couples making out, but that would soon change. One day a local couple never returned home from their make-out session. A search began and soon they dragged Lula Lake and began searching the nearby forests. Their bodies were ultimately found just down hill from where their parked car was discovered. This story is supposed to have influenced Carmac McCarthy when he wrote his novel "Child of God". For more information on this case (including the long and bizarre trial), check out this link. 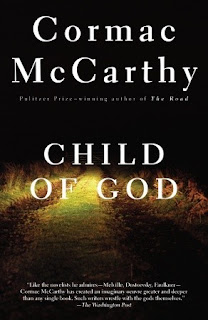 In 1994, the Lula Lake Land Trust was formed to protect the over 1,000 acres of land from logging and other destructive activities. The Trust has bought additional land over the years to protect more of the surrounding watershed of Rock Creek. The Trust limits the impact from human visitation by only opening the land a few times a month. It's truly one of the great gems of Lookout Mountain and it adds yet another attraction to seek out when you visit Chattanooga.

For more information about Lula Lake, visit the Lula Lake Land Trust's site.
Posted by Brian Wilson at 10:12 AM